This book is on tour with Celebrate Lit

What a fun twist on the fairy-tale Cinderella! Author, Chautona Havig has a great brain for detail as she works in the Prince (Prinz), shoes, step-sisters, fairy god-mother, and so much more. I thought the mystery was well written, all the clues were there. I loved the nod to Lord Peter Whimsey (come on, Prinz sitting across from Cinda wanting to reach out and the police nearby.) It just made me smile and enjoy it all the more.And let’s not forget the nod to Austen as the book closes and we hear of country, short sermons, and definitely no chickens. Probably one of my favorite characters was Mrs. Cohen! She has a take charge attitude about her and a “do. not. mess. with. me” nonsense that really helped the story and our characters. Especially when you consider that this is a short story, you kind of need to have someone that can just be themselves but be able to get the ball rolling.

I listened to the audio version of this book. What was funny is that I actually listened to it in the car with my eldest son. A few times I turned it off to answer a text or check something and each time it was my son that reminded me to turn the audio back on.  When we got home, I had a lot of kitchen work that needed to be done and I found it very interesting that said son kept finding reasons to be in the kitchen– an extra math lesson that he wanted to do and, “oh no, you can leave the audio on, it isn’t bothering me.” or “I’ll just rearrange this pantry shelf for you and make it more organized.”  Neither of us were clueless about what was really happening here.

5 Stars. I am really impressed. I did not expect to enjoy a Cinderella story as much as I did. 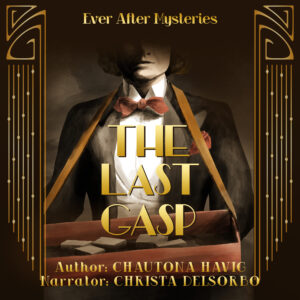 At the pinnacle of his Hollywood career, Garrison Prince’s reign ends tonight.

As plain old Gary Prinz, he can pursue his Bible education, buy a bungalow in Pasadena, acquire a few chickens, and marry the girl of his dreams. He just never imagined trading the silver screen for a pulpit would wreak such havoc.

A cigarillo girl, Lucinda Ashton spends her days with her boyfriend, Gary, and her evenings selling candy and “gaspers” to the Hollywood elite at the Taj Mahal Theater.

However, when gunshots ring out just as intermission begins, Lucinda finds herself smack-dab in the middle of a brouhaha that leaves three dead, and no one has a clue why.

All the police know is that the evidence points to Lucinda as the killer and Gary as the intended target.

Four new friends, one young orphan, and a potluck of clues that don’t seem to fit anywhere leave the police baffled, Lucinda in fear for her freedom, and Gary ready to trade in his acting shoes for gumshoes if it’ll save his “Cinda.”

The first book in the Ever After Mysteries combining beloved fairy tales and mysteries, The Last Gasp. This Cinderella retelling blends a murder with enough crime and story clues to keep you on the edge of your seat.

Using story to connect readers with the Master Storyteller.

Chautona Havig lives in an oxymoron, escapes into imaginary worlds that look startlingly similar to ours, and writes the stories that emerge. An irrepressible optimist, Chautona sees everything through a kaleidoscope of It’s a Wonderful Life sprinkled with fairy tales. Find her at chautona.com and say howdy—if you can remember how to spell her name. 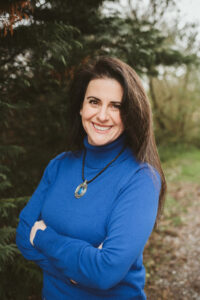 For Him and My Family, March 17

To celebrate her tour, Christa is giving away the grand prize package of a $25 Amazon gift card and a copy of the book in the winner’s preferred format!!