When the opportunity came to listen and review another Christa DelSorbo book, I was all over it like a perfect cup of coffee. I have really been enjoying the Ever After mysteries narrated by this talented woman. I wanted to see what she could do with something outside the mystery genre. And she did not disappoint.

It is funny how JUST yesterday, I sat across from another godly woman and we discussed some of the disappointments we have with the Christian books of today. Many of them follow a similar plot that is easily predictable. The characters are perfect except this one area that is all about trusting in God for the perfect man, and its just UGH! Especially for us married women! Jennifer Sienes has a flawed characters. And I LIKE it! What I enjoyed most is hearing Christa even create a character that wavers but still falters. I don’t know how to explain it.

As for the story as a whole; Sometimes the first person and then switching was a bit difficult, but that is just me. I have a hard time with first person perspectives, and throw me back and forth its even more difficult.  I really enjoyed seeing the story unfold. You have a bit of mystery and just some hard Christian faith being tested. Enjoyed! And would recommend! 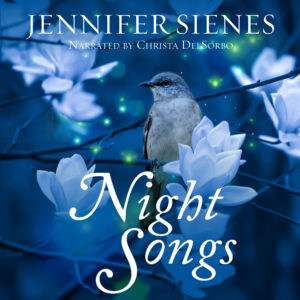 What’s a girl to do when her life sounds ripped from the lyrics of a country music song?

Charlotte Van Cleave’s hissy-fit reaction to her husband’s infidelity sours her world like a pot of boiled chitlins. She’s left with no husband, no job, and no home—well, besides the dilapidated farmhouse inherited from her nana.

But Charlie learned early that southern girls dig deep when things go sideways. She’d climbed out of the mire when her missionary parents were killed in Congo, endured two late-term miscarriages, and survived the death of her nana and papaw. Too poor to paint and too proud to whitewash, Charlie follows a new path with her interior design skills.

Derek Daniels spent his life serving his country until a helicopter accident ended his military career. Now back home on the family farm, he’s stuck between his philandering brother, Nicky, and the only girl he’s ever loved—sweet Charlie Van Cleave. Unwilling to cross a line, he vows to keep his feelings to himself. Easier said than done when Charlie discovers a mystery surrounding her parents’ death and asks him to help investigate.

What’ll Charlie and Derek have to do to turn those lyrics into a country hit? 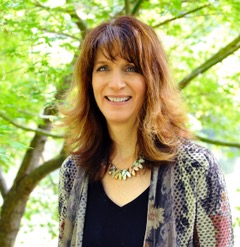 Jennifer Sienes holds a bachelor’s in psychology and a master’s in education, but discovered life-experience is the best teacher. She loves Jesus, romance and writing—and puts it altogether in inspirational contemporary fiction. Her daughter’s TBI and brother’s suicide inspired two of her three novels. Although fiction writing is her real love, she’s had several non-fiction pieces published in anthologies—two in Chicken Soup for the Soul. She has two grown children and one very spoiled Maltese. California born and raised, she recently took a step of faith with her real-life hero and relocated to Tennessee. 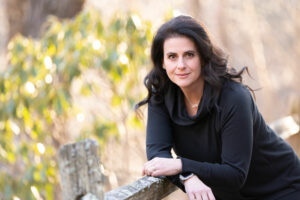 Because I said so — and other adventures in Parenting, September 24

For Him and My Family, October 4 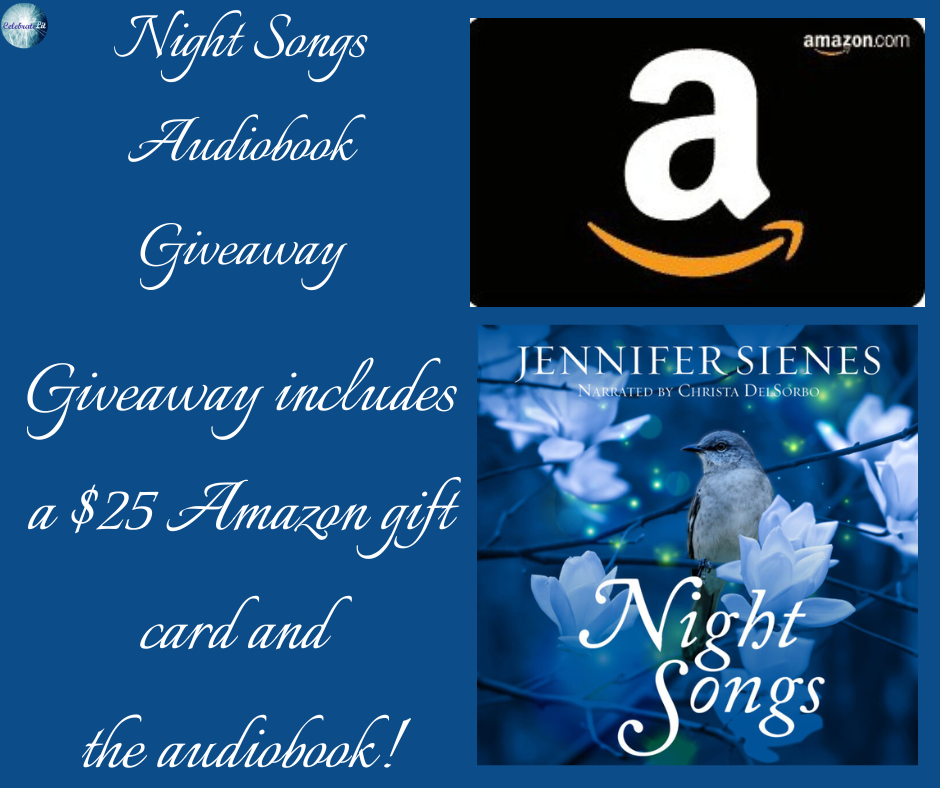 To celebrate her tour, Jennifer is giving away the grand prize package of a $25 Amazon gift card and a code for the audiobook!!