I have really been enjoying this series. Each one tells of a different office that women held during WW2. In Mrs. Witherspoon Goes to War, we have a widowed Peggy Witherspoon as a WASP (Women Airforce Service Pilots).

Peggy has a chip on her shoulder with the Lord for allowing her husband to die and leave her a widow with two children. She has a domineering attitude (domineering: asserting one’s will over another in an arrogant way.) She knows she is an amazing pilot and often goes as far as she can to prove it and then pulls back so as not to get too far into trouble. It felt like her role in the book was to show that women are more capable then men: “As women, we have to be twice as good at everything just so we are allowed to do our jobs. We are as capable as any man” (p. 30).

Permanently injured war Major, Howie struggles with feelings for Mrs. Witherspoon. First his desire to protect her as a woman, then as someone in authority over her, and finally as someone who is falling in love with Peggy.

This book is about a rescue mission that took the WASP over to Cuba to bring some military soldiers back home.  It will tug your heartstrings as the battle for survival and for all to return home becomes the paramount climax of the story.

This book is on tour with Celebrate Lit. 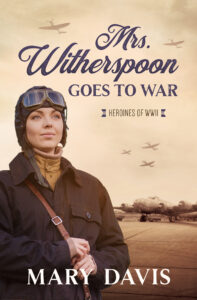 Peggy Witherspoon, a widow, mother, and pilot flying for the Women’s Airforce Service in 1944 clashes with her new reporting officer. Army Air Corp Major Howie Berg was injured in combat and is now stationed at Bolling Field in Washington D.C. Most of Peggy’s jobs are safe, predictable, and she can be home each night with her three daughters—until a cargo run to Cuba alerts her to American soldiers being held captive there, despite Cuba being an “ally.” Will Peggy go against orders to help the men—even risk her own life?

Don’t miss these other stories about Heroines of WWII:
The Cryptographer’s Dilemma by Johnnie Alexander
A Picture of Hope by Liz Tolsma
Saving Mrs. Roosevelt by Candice Sue Patterson

MARY DAVIS is a bestselling, award-winning author of over thirty titles in both historical and contemporary themes. She has been in numerous compilations and collections. Stories and characters have been running around in her head for as long as she can remember. Her published works have been on Publisher’s Weekly bestselling lists several times. Some of her works include her award-winning Quilting Circle series and Newlywed Games.

An empty-nester, Mary lives in the Pacific Northwest with her husband of over thirty-seven years and a black Norwegian Forest cat. She has three adult children and three incredibly adorable grandchildren. She enjoys playing board and card games, rain, and cats. She would enjoy gardening if she didn’t have a black thumb. Her hobbies include quilting, porcelain doll making, sewing, crafts, crocheting, knitting, and papercrafts. 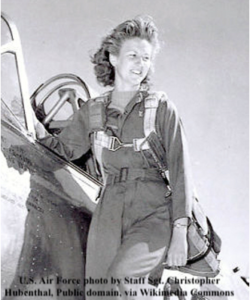 When my agent asked if I had a WWII story idea that might fit in with Barbour’s Heroines of WWII series, I had to tell her I didn’t. At the time, I was writing book 4 in a series set in 1894 and proofing audio chapters for book 3 in that series. I wasn’t sure if I wanted to tackle war, but I told my agent I would think on it and pray. If the Lord wanted me to write a WWII era story, He would give me an idea. So I prayed.

I knew women had done some military flying but didn’t know the details, so I jump into some quick research. I couldn’t take too much time away from my current novel and its rapidly approaching deadline. When an idea started forming with a WASP (Women Airforce Service Pilots), I wrote a brief one-page outline of my rough idea. I knew I couldn’t take too much time away from my other project to write a whole proposal if I was going to be told the publisher already had a story in the series about a WASP, which I assumed they had. Because who wouldn’t want to write about lady pilots? 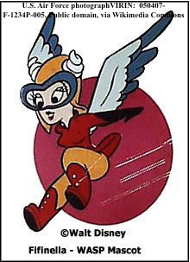 My idea about a WASP, who flies an unsanctioned secret mission to rescue three US soldiers held captive in Cuba, now needed a title. No sooner had I thought that I needed a title than one—which I thought would be nothing more than a placeholder—popped into my flakey little head: Mrs. Witherspoon Goes To War. Well, now my heroine, at least, had a last name. My critique partners seemed to like this title, so I added it to my outline and sent it off to my agent, then I got right back to work on my novel with the looming deadline.

Since the publishing industry typically moves very slow, I figured I had a good chunk of time before I would find out if I needed to write a full proposal. So back to work on my contracted novel. Surprisingly, the publisher came back immediately with strong interest in the idea and wanted a full proposal in a week. Fortunately, this editor knew my writing, so I didn’t have to include three sample chapters, but my synopsis needed to be strong in details.

So now, I had a full, detailed proposal to write with historical notes ASAP, a novel I needed to finish writing, and audio chapters to listen to and give feedback on. Bouncing between two different eras isn’t easy and to keeping things straight. With God grace, I got the proposal written and submitted, the audio chapters checked, as well as completing my contracted novel, which I managed to turn in on time. Barely. 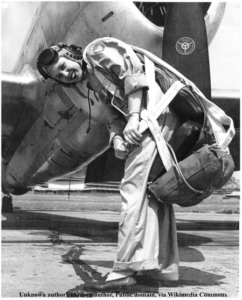 Since the publisher seemed very interested in my WWII premise and I had book 5 in my Quilting Circle series to get started on soon, I needed to pick up the pace on my writing. With the idea still fresh in my head and the WWII novel would be due first (if contracted), I decided to use NaNoWriMo in November to write a 50,000 word rough draft of Mrs. Witherspoon Goes To War, which would eventually be around 80,000.

As November progressed and my word count grew, I fell more and more in love with my characters in Mrs. Witherspoon Goes To War. I obviously received and signed a contract. I continued to enjoy my characters as I finished writing and editing this novel.

I would have to say that Mrs. Witherspoon Goes To War is in my top five of the books I have written. My prayer is that this story ministers to others as it did to me as I wrote it.

Labor Not in Vain, February 25

For Him and My Family, February 28

She Lives to Read, March 2

Through the Fire Blogs, March 6

Reflections From My Bookshelves, March 9

A Good Book and Cup of Tea, March 9

To celebrate her tour, Mary is giving away the grand prize of a $25 Amazon gift card!!