A Book That is Giving Mary Shelley a Run for Her Money!

One of the classics that I wanted to read this year was the infamous, Frankenstein by Mary Shelley. It was purely coincidence that I excitedly requested to be one of the reviewers of Michelle Griep’s Lost in Darkness that is inspired by Mary Shelley’s Frankenstein, and quite frankly (ahem), I enjoyed Griep’s book a lot more than the classic.

I won’t do a compare and contrast between the two stories, because it isn’t a remake, it isn’t anything other than the story that could have possibly inspired Shelley to write her story. This gothic type story as a whole was very moving. It deals with some dark, harsh topics; such as, mental care and doctor ethics in the early 19th century— if you know, you know. Griep took this story and really illustrated and portrayed what our brokenness is like without God and Salvation from Jesus. Not only that, Griep also portrayed that inner desire we have of being accepted by the ones we love most through the character of Amelia. It was a subtle message that what our heart really yearns for is to be accepted by our Heavenly Father and how we get that through the work of Jesus– not our own.

I will admit, Graham irritated me at times. I thought there was some obvious things that should have shown that he was putting too much faith in the wrong man, so to speak. But to be fair, Amelia irritated me at times as well with all her self-centeredness. And as much as I mention these things in a more negative light, it is actually me tipping my hat to the author for making such realistic non-perfect characters, because that gets old… fast. What I want to see in the story is growth, and I saw that for sure. I saw growth without loosing the essence of who they are as a whole.

Would recommend! I think many would really enjoy this story and I give it 4.5 stars! (praise indeed since I tend to be a harsher critic of, and especially, Christian fiction.)

Thank you, Celebrate Lit, for giving me a free copy in exchange for an honest review! 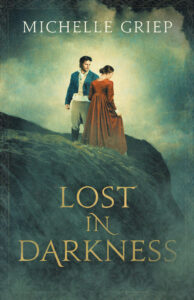 Amelia Balfour has one dream. . .to tour Egypt as a travel writer. But when her wish is finally within reach, her father dies, and her malformed brother Colin depends upon her to arrange for a revolutionary surgery. Amelia returns home, hoping he’ll recover before the ship sails for Cairo.
Former Navy surgeon Graham Lambert is sick—of travelling, loneliness, and especially the injustice of the world. Leaving behind the military, he partners with a renowned surgeon, the man who promises new life to Amelia’s brother.
But just as the operation begins, Graham suspects the surgeon is a fraud. After a botched procedure, Colin goes mad and escapes, terrorizing their neighbor, author Mary Godwin—planting the seed for her greatest creation, Frankenstein.
Can Amelia and Graham stop Colin before he destroys everyone in his path and find the tender soul still trapped inside…or will they be too late? 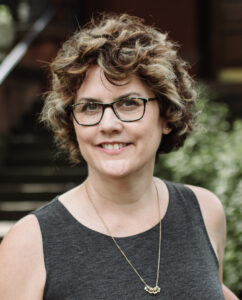 Michelle Griep’s been writing since she first discovered blank wall space and Crayolas. She is the Christy Award-winning author of historical romances: A Tale of Two Hearts, The Captured Bride, The Innkeeper’s Daughter, 12 Days at Bleakly Manor, The Captive Heart, Brentwood’s Ward, A Heart Deceived, and Gallimore, but also leaped the historical fence into the realm of contemporary with the zany romantic mystery Out of the Frying Pan.

Are You a Monster Too?

“Look at that! The fattest girl in the class is the first one to get in line for a cupcake.”

Those words, spoken to me in junior high by a clueless boy, are forever seared into my memory. Just because I wasn’t a willowy stick-figure who didn’t match up to magazine covers, I was singled out. Made to feel ashamed. Made to feel like a monster.

Have you ever felt that way?

Chances are you have. We are all poked and prodded at some point in our lives…which brings up a few questions. How do you deal with the sometimes ugly perceptions with which others view you? How do you stop trying to prove your worth to others, when in their eyes you are somehow worthless? Why does God allow such hurtful things to happen anyway?

These are the questions I attempt to tackle in my new release, Lost in Darkness. And surprisingly enough, those are the very same issues contemplated in Mary Shelley’s Frankenstein. Now hold on. Don’t go rolling your eyeballs quite yet—which is the usual response whenever Frankenstein is mentioned.

Most people’s conception of this great piece of literature has been forever ruined by Hollywood’s green creature. You know the one, the giant with bolts sticking out of his neck and a stiff-legged walk. So not true. The essence of Shelley’s “horror” story is instead about a creature who struggles with heartfelt needs that can only be met by his creator. In this story, Shelley respectfully handles the subject of what we owe our creator and what our creator’s responsibility is toward us as the created…the very same questions we all struggle with.

As does Colin Balfour, a man with a heart of gold and a face that causes children to scream. In Lost in Darkness, he hopes to undergo a life-changing surgery that will end his self-imposed isolation. But what really happens is a life change for his sister Amelia and the surgeon who tries to prevent it all from happening. For indeed, even if there be monsters, there is none so fierce as that which resides in man’s own heart.

For Him and My Family, December 2

For the Love of Literature, December 4

Through the fire blogs, December 7

Where Faith and Books Meet, December 8

Labor Not in Vain, December 9

To Everything There Is A Season, December 9

Little Homeschool on the Prairie, December 10

The Meanderings of a Bookworm, December 10

To celebrate her tour, Michelle is giving away the grand prize package of a $25 Amazon gift card and a copy of the book!!

2 thoughts on “Sodbusters Reviews || Lost in Darkness by Michelle Griep”